Premiership rugby returns after a five-month hiatus on Friday, and while the league positions are the same, the personnel are quite different.

Some big stars have joined the league, others have left and there have been some high-profile transfers, with most deals going through on 1 July.

It leaves a unique situation of squads built for the 2020-21 season playing out the elongated 2019-20 campaign.

Add to that the coronavirus pandemic which wreaked havoc on the finances of Premiership clubs – leading to the salary cap being cut by £1.4m per club from 2021-22, and a scramble to get players re-signed before new rules came into force.

So which team has had the best summer and which clubs need to worry?

Does anyone have a more star-studded line-up than Bristol? Boasting a squad which already had Charles Piutau, Nathan Hughes and Steve Luatua, they have gone big this summer.

England prop Kyle Sinckler has joined from Harlequins to boost the front row, while star Fiji winger Semi Radradra brings even more power to a terrifying back division. 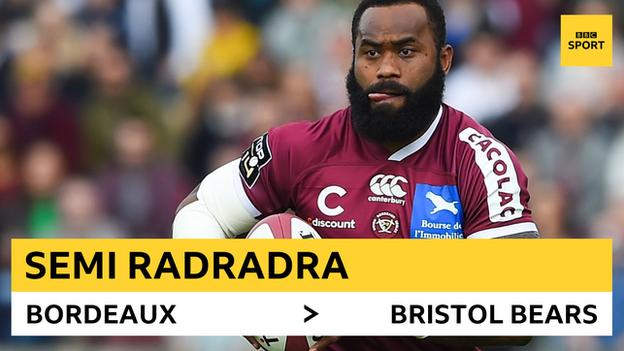 “I think he’s the most devastating attacking player in world rugby. It takes two or three people to stop him,” England and Harlequins scrum-half Danny Care said of Radradra.

He told the BBC’s Rugby Union Weekly podcast: “You’ve got him and Charles Piutau in the back line and I think they’re going to be pretty special. They’ve got every chance of going all the way this year.”

Add to that the club’s two Saracens loanees – highly rated fly-half Max Malins and England flanker Ben Earl – and this looks like a squad that could go all the way. 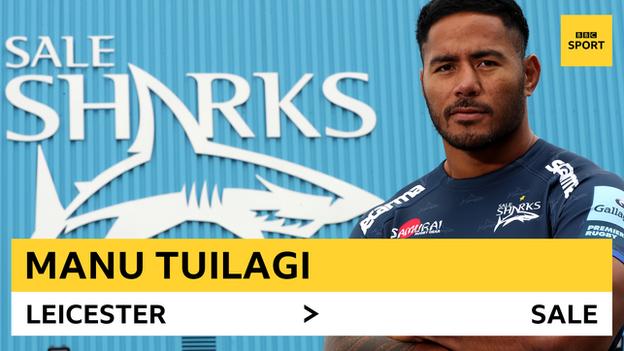 Manu Tuilagi’s future was the big summer saga after the England centre refused a revised deal from Leicester.

Sale offered the World Cup finalist a new home which allows him to keep his England eligibility, and he joins a side that further strengthened in midfield with the signing of long-time Exeter battering ram Sam Hill.

Like Bristol, Sale retained all of their big names after agreeing revised deals – among them Faf de Klerk, Lood de Jager, the Du Preez brothers and Tom and Ben Curry.

In second place before the season was suspended, it would be a surprise if the Sharks failed to make the play-offs.

As ever, it is a case of evolution rather than revolution for Premiership leaders Exeter.

Their big summer signing was Scotland’s star lock Jonny Gray and he will add more firepower to a pack of forwards that are probably the most ruthless in the league.

“Exeter don’t sign many players, they’re all about consistency of squad, but when they do recruit – Stuart Hogg last year, this year Jonny Gray – they all make a difference.” 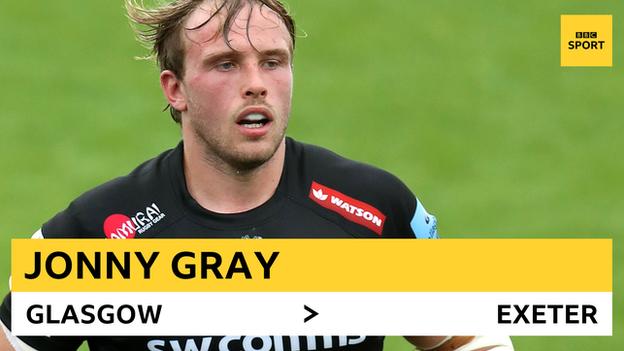 But could Exeter’s biggest problem be the departure Australia scrum-half Nic White? He has been a cornerstone of the side but returned to his homeland with the Brumbies in a deal that allowed him to play in last year’s World Cup.

Rob Baxter has brought in Scotland’s Sam Hidalgo-Clyne to replace him, while the club also has once-capped England nine Jack Maunder and Stuart Townsend as options. But can any of them fill the White-sized void?

Exeter should make the top four barring an unlikely collapse, but will they make a fifth successive final and win a second title?

If Exeter is evolution over revolution, it is the opposite at Welford Road.

Of the 15 players that started Leicester’s last game on 7 March, just six remain. Almost 30 players have departed while just over half of that number have come in.

There was already an exodus; England winger Jonny May returned to Gloucester, Tonga forward Simone Kalamafoni moved to Scarlets and Wales back Jonah Holmes went to Dragons, while Adam Thompstone, Tatafu Polota-Nau and Guy Thompson were released. 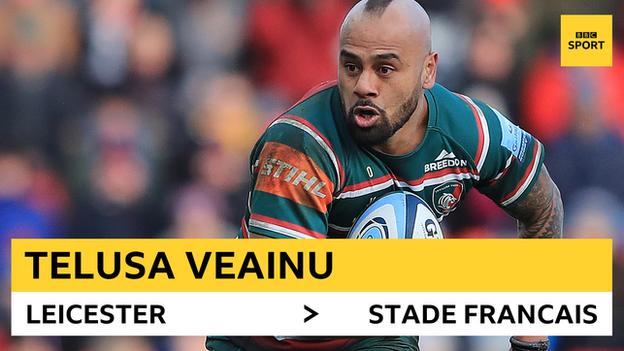 Fiji back Nemani Nadolo is arguably the biggest name coming in, along with compatriot and fellow winger Kini Murimurivalu, while Argentina’s Mathias Moroni and Scotland man Matt Scott could add some sparkle at centre.

But perhaps Leicester’s best bit of business has been to keep most of their established England stars. George Ford, Ben Youngs and Ellis Genge have all committed themselves, while Dan Cole and Tom Youngs remain front-row options.

Leicester would be bottom without Saracens’ points deduction and new head coach Steve Borthwick will be under pressure to hit the ground running.

“One of the greatest signings Leicester have made in recent years is getting Steve Borthwick in a coaching capacity,” said Care, who worked with him at international level.

“He’s meticulous in his detail, every single aspect of the game will have been thought about already.

“He knows the game inside out and he’ll bring a bit of the nous and dogged robustness that you associate with Leicester.”

With Sarries’ relegation confirmed and talk of a ring-fenced Premiership in the pipeline, Leicester may not have to worry about relegation for now, and can aim to grow a side to return the club to its former glories.

The reigning champions are already down after their much-publicised breaches of salary cap regulations.

It means a different looking side will complete the season; England hooker Jack Singleton has joined Gloucester on loan while international team-mate Nick Isiekwe has temporarily moved to Northampton.

Also leaving on loan are Alex Lozowski to Montpellier and Nick Tompkins to Dragons.

Skipper Brad Barritt and scrum-half Richard Wigglesworth will stay until the end of the season when they will retire, but long-serving England lock George Kruis is off to Japan – where international team-mate Alex Goode will also spend next season on loan – and fellow second-row Will Skelton is heading to France. Scrum-half Ben Spencer has joined Bath and Wales prop Rhys Carre has returned to Cardiff Blues. 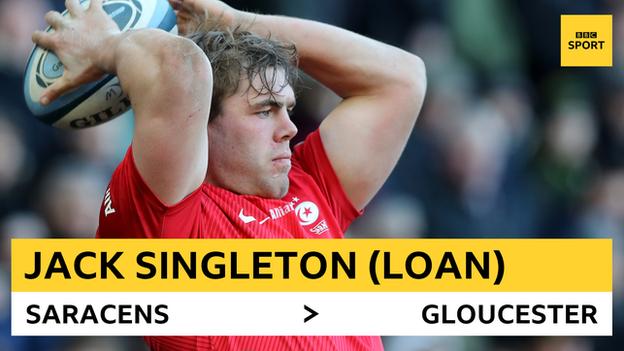 But Mark McCall has kept hold of his biggest stars – Owen Farrell, Maro Itoje, Billy and Mako Vunipola, Jamie George, Vincent Koch, Sean Maitland and Elliot Daly are among those who will stay to help the club’s bid to win instant promotion from the Championship.

Most of Saracens’ business has been recruiting seasoned second-tier players, although former Scotland lock Tim Swinson and Argentina back Juan Pablo Socino have pedigree.

They will finish bottom, but Saracens can give top-flight experience to their own crop of exciting youngsters to make them ever more likely to return come the end of next season.

Best of the rest…

Harlequins have bolstered their ranks with South Africa prop Wilco Louw and compatriot Andre Esterhuizen in the backs – though they will miss the start of the Premiership resumption because of visa issues – while centre Joe Marchant will be all the better for his spell in Auckland with the Blues.

Gloucester’s new coaching set-up under George Skivington has already been bolstered by May and Singleton, and they also welcome Argentina lock Matias Alemanno.

Northampton have bolstered their front row with Nic Auterac’s arrival from Harlequins, to add to Isiekwe, while Worcester and Wasps have swapped fly-halves – with Ryan Mills moving to the Ricoh and Billy Searle leaving Coventry.

View all posts by Plumbers Hampton